Having spent decades flying around the world and too often seeing very little except interchangeable hotel rooms and identical stretches of asphalt lined with Armco, I’ve learned that if you’re going to spend time and money to travel to a race track, you may as well take an extra couple of days to look around the neighborhood. I also believe that if you can afford to go racing, you can afford to stay at nice hotels and eat in good restaurants.

Which brings us to Watkins Glen International Raceway. Watkins Glen is only a few hours drive from all sorts of interesting places. In SpeedTour Quarterly #12, I recommended a driving loop East from The Glen that included Cooperstown, Saratoga, Lake George, Ticonderoga, Lake Placid and Whiteface Mountain.
This time, I’m urging you to go North. Straight up Route 14 from Watkins Glen takes you along the West Shore of beautiful Seneca Lake, mightiest of the five Finger Lakes. In just 34 scenic miles, you’ll arrive at Geneva, NY, the self-proclaimed “Lake Trout Capital of the World.”

Geneva is also the center of the Seneca Lake American Viticultural Area, which now boasts 44 wineries that specialize in Riesling, but also offer a wide variety of Vitis Vinifera grapes blended into everything from ubiquitous Chardonnay to specialty wines like Gewurztraminer and Sangiovese. A variety of Seneca Lake Wine Trail and Finger Lakes Winery Maps are available online (senecalakewine.com, 877-536-2717).

Continue North on 14, and you’ll end up at Sodus Point, a charming resort on Lake Ontario’s Sodus Bay, which has 20 miles of shoreline dotted with summer homes. There are restaurants, shops, a marina, lots of boats and even open-air concerts every summer Sunday afternoon. Obtain a self-guided walking tour from the local museum, housed in an historic lighthouse (sodusbaylighthouse.org, 315-483-4936).

From Sodus Point, backtrack a few miles to Alton, where you can turn East on rural two-lane 143 that will take you to 104A to Fair Haven, Oswego and ultimately to 104, 104B and Route 3 from Henderson along the shore of Lake Ontario to Sackets Harbor.

In the summer of 1812, the U.S. Army built a fort and barracks at Sackets Harbor to confront a British fort at Kingston, Ontario and control the eastern end of Lake Ontario. There was also a Naval shipyard and Marine barracks. By 1814, with over 10,000 inhabitants, wartime Sackets Harbor was the third largest city in New York State, behind only Manhattan and Albany.

After the War of 1812 finally ended in 1815, the Navy Shipyard continued to build and repair ships until 1874. Simultaneously, the Army built Madison Barracks, an active military base until after World War II. Today, Sackets Harbor is a tiny but charming waterfront tourist destination with cute shops and restaurants, but also Madison Barracks, Sackets Harbor Battlefield, Sackets Harbor Village and Union Hotel, all of which are on the National Register of Historic Places (parks.ny.gov/historic-sites/7/details.aspx, 315-646-3634).

From Sackets Harbor, take Route 3 to 180 to 12 to Clayton, NY. Clayton is the home of the fabulous Antique Boat Museum (abm.org, 315-686-4104). Tucked into 4.5 acres on the St. Lawrence River, the largest collection of antique and classic boats in North America boasts 29,000 square feet of exhibit space, 33,000 square feet of archives, 20,000 square feet of boat storage, 1900 feet of docks and literally hundreds of priceless wooden boats. The collection of historic Gold Cup racing powerboats is truly awesome!

There are small, mostly middle-class motels, hotels and B&Bs scattered throughout this region, but one of the few large, full-service hotels is waterfront 1000 Islands Harbor Hotel, in Clayton. In addition to a restaurant, spa and marina, it makes a perfect center from which to explore in various directions (1000islandsharborhotel.com, 315-686-1100).

From Clayton, Route 12 will take you along the scenic shore of the St. Lawrence 12 miles to Alexandria Bay. This area of the St. Lawrence is the famous “Thousand Islands.” Actually, there are more than 1800 islands in a 50 mile stretch of river, straddling the border between the U.S. and Canada. In the late-nineteenth century, Thousand Islands was a fashionable destination for wealthy American socialites, comparable in some ways to Newport, RI. 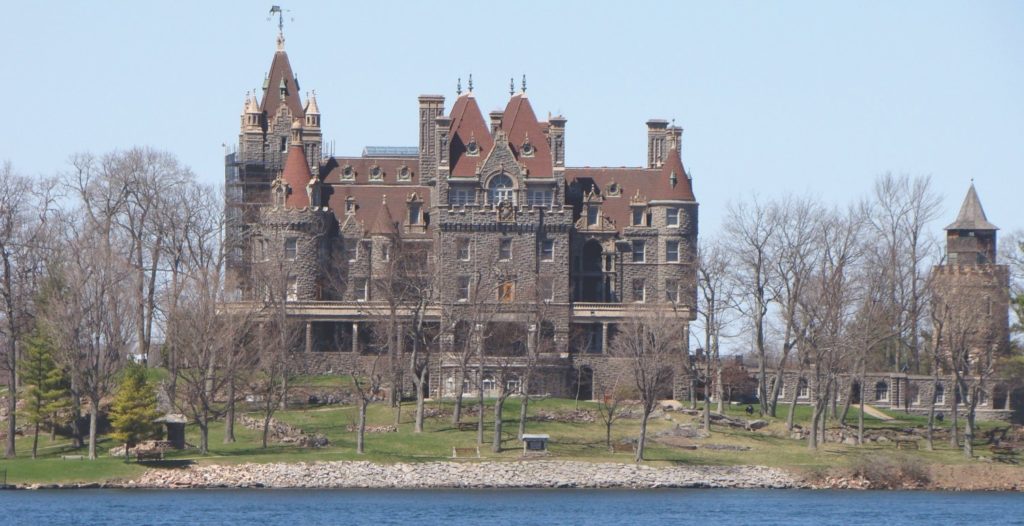 The best-known Thousand Islands “summer cottage” is Boldt Castle on Heart Island. In 1900, back when a million dollars was still a lot of money, Prussian immigrant and Waldorf-Astoria hotelier George Boldt started construction of a $2.5-million island fantasy: 11 buildings including a 120 room main house designed by Hewitt & Hewitt of Philadelphia in the style of a medieval Rhineland Castle. Four years later, when his wife Louise died of a heart attack at age 41, Boldt stopped construction and never visited the island again.

The property was acquired by Edward Noble, inventor of Life Savers candy and later head of American Broadcasting Company. It was donated to the Thousand Islands Bridge Authority in 1977 and has since been completed to look the way George and Louise Boldt originally planned. Boldt Castle is open for tours that include a fun boat trip from Alexandria Bay (usboattours.com, 315-482-2611).

In 1934, Barron, Sam and Miles Collier formed the Automobile Racing Club of America, along with their buddy Thomas Dewart. They organized road races for their upscale friends in places like Briarcliff Manor, NY, Mount Washington, NH, Montauk Point, NY and Alexandria Bay, where Tom Dewart’s family had a summer home. ARCA’s The Race Around The Houses was held each summer from 1936 through 1939, 50 laps of a 1.33-mile circuit that you can still drive through downtown Alexandria Bay. 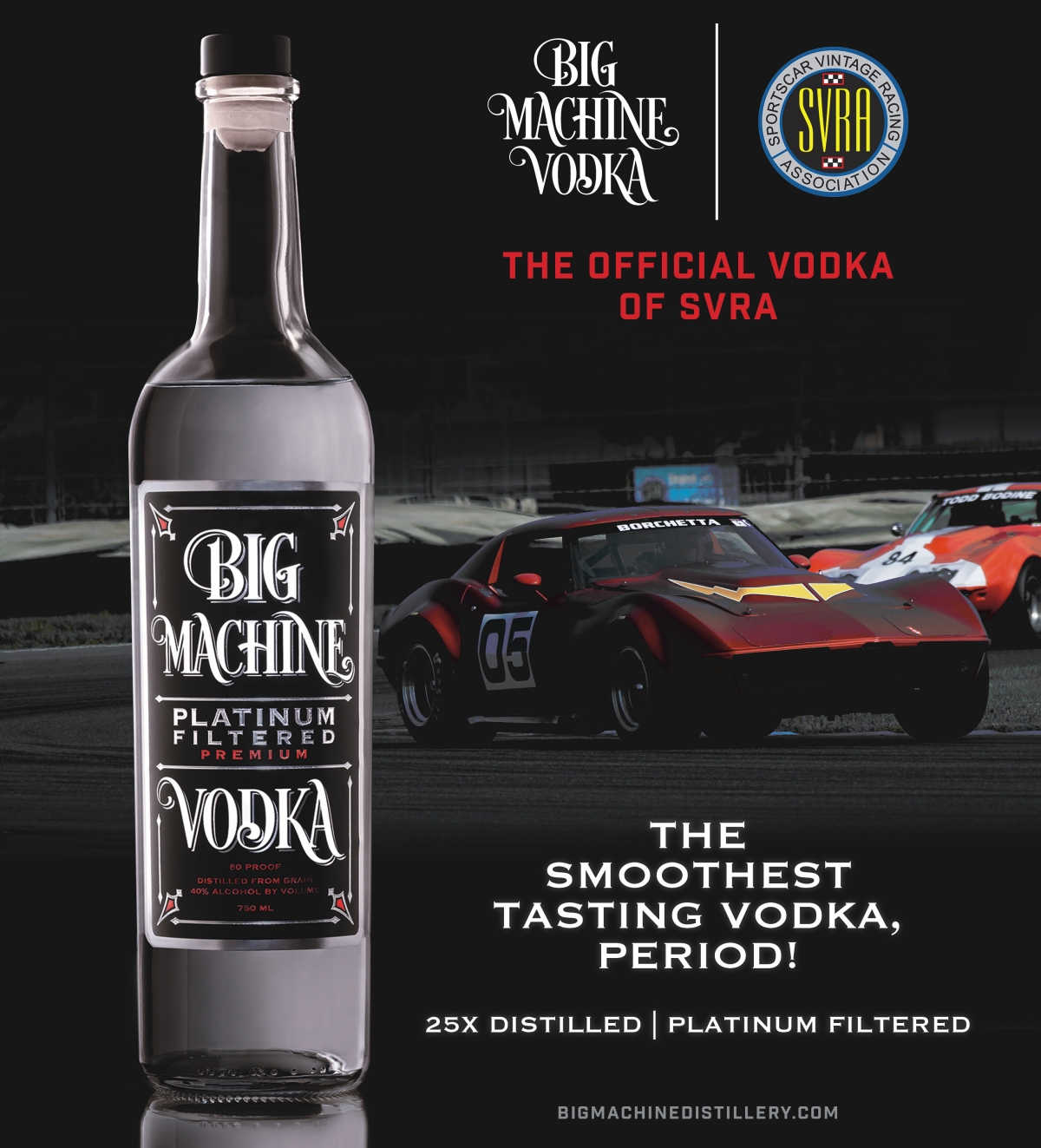