Multiple 2021 Trans Am Championships in Play at VIR

The Trans Am Series presented by Pirelli enters its penultimate round this weekend at VIRginia International Raceway, and while the production class championships were locked up two rounds early, the TA and TA2 titles are still undecided. 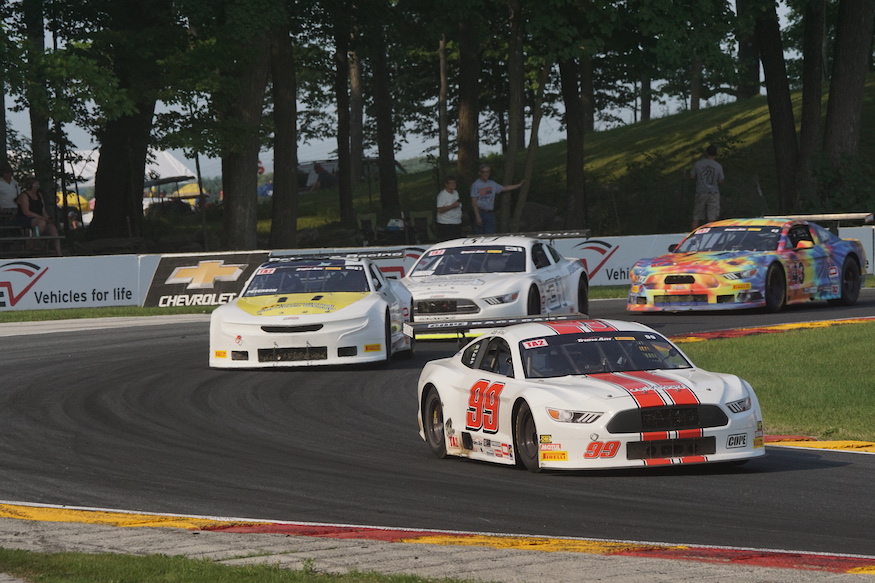 Before the all-class doubleheader at Watkins Glen International, 10 TA drivers were mathematically viable for the championship. Now it’s down to three: Chris Dyson, Tomy Drissi and Ernie Francis Jr.

Dyson took a commanding lead in points following his weekend sweep at WGI. It’s the first time in his career that the No. 20  ALTWELL CBD Ford Mustang driver has led the season-long points battle by a 46 point margin heading into the final rounds of the season. Though Dyson has never won in Virginia in TA (the closest he came was in 2020 finishing second and third in the two-round weekend), he is confident that his winning momentum will carry over to VIR to lock up the title.

“We are going to treat the weekend like any other,” explained Dyson. “We are going in with the intent to win. We feel we have fast cars and have been competitive each time we’ve visited VIR. If we can keep executing like we have been, I am confident that we will be up front and points will fall into place if we do our jobs.”

Drissi’s title bid took a backseat following a tumultuous pair of races at WGI. Second in the championship, Drissi’s chance to challenge Dyson for the top spot was looking optimistic as his No. 9  Lucas Oil Slick Mist Chevrolet Camaro claimed the checkered flag in the opening round at WGI. However post-race penalties knocked the race winner down to sixth and promoted his championship rival Dyson to first. The second round at WGI was another heartbreak for Drissi as a mechanical issue sent him spinning down the back straight into the wall. His 20 point deficit quickly turned into a 46 point gap from Dyson heading into VIR. But, with 70 points up for grabs, Drissi is still hopeful that with a winning weekend at VIR he can clinch his second national championship title in the Heacock Classic at Circuit of The Americas finale (Drissi won the National TA Championship back in 2009).

“I can’t wait to get to VIR to give it everything I have for the fans, the team and the whole Lucas Oil family,” said Drissi. “We came out at Watkins and we were fast and competitive up front the whole weekend but unfortunately the results did not show how fast we were. I’m looking forward to bringing that to VIR to battle Ernie (Francis Jr.), (Chris) Dyson, Boris (Said) and everyone else, we’re not going to give up, we’re going to fight until the end!”

Seven-time Trans Am champion Francis Jr. enters the weekend in unfamiliar territory- third in the championship trailing Dyson by 62 points. With just 70 points left available for the season, everything would have to fall in Francis Jr.’s favor for him to claim his eighth consecutive title. But, the 22-year-old driver has VIR dialed in being the lone six-time winner on the technical track. Francis Jr. won in TA3 American Muscle in 2014-15; TA4 in 2016; and Trans Am in 2017. He struggled in his next two visits, finishing 14th in 2018 and in 2019, before sweeping the 2020 doubleheader. Out of any other driver entered for the weekend, Francis Jr. always seems to deliver on the unexpected, and shouldn’t be counted out just yet of capturing another title.

“We are heading into VIR looking to do the best we can,” said Francis Jr. “The car is ready after the few issues we experienced during the Watkins Glen event. We look forward to being competitive and we are focused on increasing our overall Trans am wins for the record books. A special thank you goes out to Future Star Racing / Wings and Wheels Foundation for their support.”

After facing engine complications at WGI, Said returns to the cockpit of the No. 2  WeaverRacingTechnique/SRI Dodge Challenger to throw a wrench in the championship battle. Said won at VIR in 2002 and in 2019. Another past TA VIR winner entered for VIR is Simon Gregg (2013).

The campaign for the TA2 2021 season championship has been the most unpredictable from race to race with a revolving door of six different winners claiming the top step over the last 10 rounds. But with just two races left, the championship chase has whittled down now to two former champions: Rafa Matos and Mike Skeen.

Matos stretched his championship advantage over Skeen by 40 points following a victory in the WGI doubleheader. While Matos has shown speed over the years at VIR, setting the class lap record in 2019 (1:49.401-seconds), the scenic track nestled in a forest of oak trees has created a mixed experience for the No. 88  3 Dimensional Services Group Ford Mustang driver. Last year, Matos took second in the first round of the doubleheader and finished just inside the top 20 in both the second round in 2020 and in 2019. He did not start in 2017. Matos finished third in 2018 which was enough to clinch his first championship early. This weekend could be déjà vu for Matos as he has the opportunity to clinch his second championship at the same track as he did in 2018.

“It would be a dream come true to have a chance to clinch the championship at VIR, like we did in 2018,” said Matos. “Going into VIR with a 40 points lead gives us a peace of mind. Our goal is to earn max points on (Mike) Skeen, so in reality I can lose four points to Mike and I would still clinch at VIR. We will approach the weekend just the way we have been doing all season, focusing on session by session, and see after qualifying how we are positioned for the race. Obviously my main focus during this weekend is not to take unnecessary risks, and try to preserve the car as much as I can.”

Reigning champion Skeen has only wheeled two TA2 races at VIR, the back-to-back in 2020. He drove from pole to victory in the opening round and followed it up with a sixth-place finish in the finale. Skeen’s No. 1 Liqui-Moly/Turn14Distribution Dodge Challenger was severely damaged in the WGI Race 2 melee, which allowed Matos to expand his championship lead. His Stevens-Miller Racing crew has worked overtime to get the car together to be race-ready for VIR.

Connor Mosack is third in the points race, 43 points behind Skeen. The TeamSLR driver drove to a commanding victory at WGI, a career first for Mosack. While the title is out of grasp for Mosack, the No. 28  NicTailor/IFS M1-SLR/Fields Chevrolet Camaro can still challenge for runner-up, though he will have to hold off Thomas Merrill.

“We definitely would try to get second more than try to defend third,” said Mosack about his approach to the championship. “Really, our main goal is to try to win these last two races. Without having a real shot at winning the championship, points don’t really matter to me, we are now focused on getting race wins.”

Merrill’s championship chase ended at WGI after his No. 81  HPTuners/MikeCopeRaceCars Ford Mustang was collected in the multi-car incident in the final race. With the second and third spots still open in the championship, Merrill’s fight continues from fourth as he enters VIR (trails Mosack by 27 points). Over the last two seasons, Merrill has shown speed at VIR, driving to victory in 2019 before a post-race infraction promoted Marc Miller, who went on to win the championship. Last year, Merrill finished the doubleheader with fourth and ninth place standings.

In 2020, Tyler Kicera’s season peaked at VIR as he charged to his first Trans Am career victory. The No. 5  Silver Hare Racing Ford Mustang driver has been chasing success all season, and finally broke through with a podium in Watkins Glen, a second-place finish after avoiding the crash in the Esses that took out several top-competitors (VIDEO: Mega Crash Caught on Helmet Cam).

With his momentum building, Kicera is on the hunt for 2020 repeat.

“I’m excited to get back to VIR and feel like I have some unfinished business there,” said Kicera. “While we grabbed our first TA2 win on Saturday, which was unreal, on Sunday I basically gave away the win on a late race restart with all the mixed class and lapped traffic.  Our performance here last year catapulted me into a full season drive with Silver Hare Racing, which I am incredibly thankful for.  It’s been a really tough 2021 season, but we’ve managed to grab a third-place finish at Brainerd and were runner-up at Watkins Glen, so we’re looking for one spot better this weekend.  The level of competition this year is extremely high, but I have a lot of confidence at VIR that we can get it done.”

Adam Andretti is another class VIR winner entered for the weekend. Andretti won at VIR in 2014.

“I am going to miss VIR for a race in Indy,” explained Oakes. “But, I will be back for CoTA. It’s our home track and we want to finish the season strong there. We are a Texas-based team and we are going to come out in full force and celebrate our championship with lots of family and friends.”

Oakes’ absence leaves the door open for the father-and-son duo of Milton and Carry Grant to faceoff for the top step, and with the return of 2020 race winner and class champion Lee Saunders, the class battle will be one to watch this weekend. 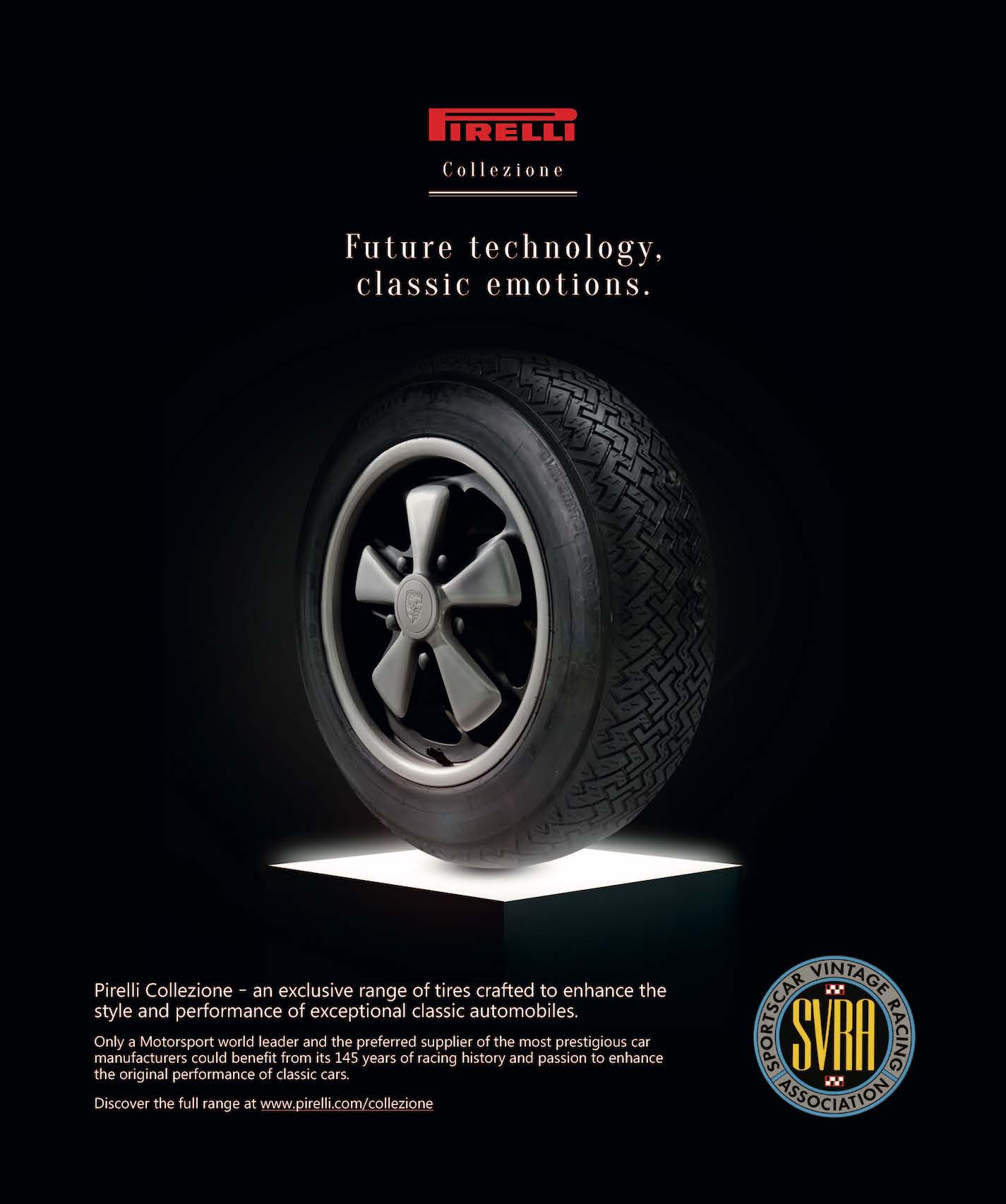 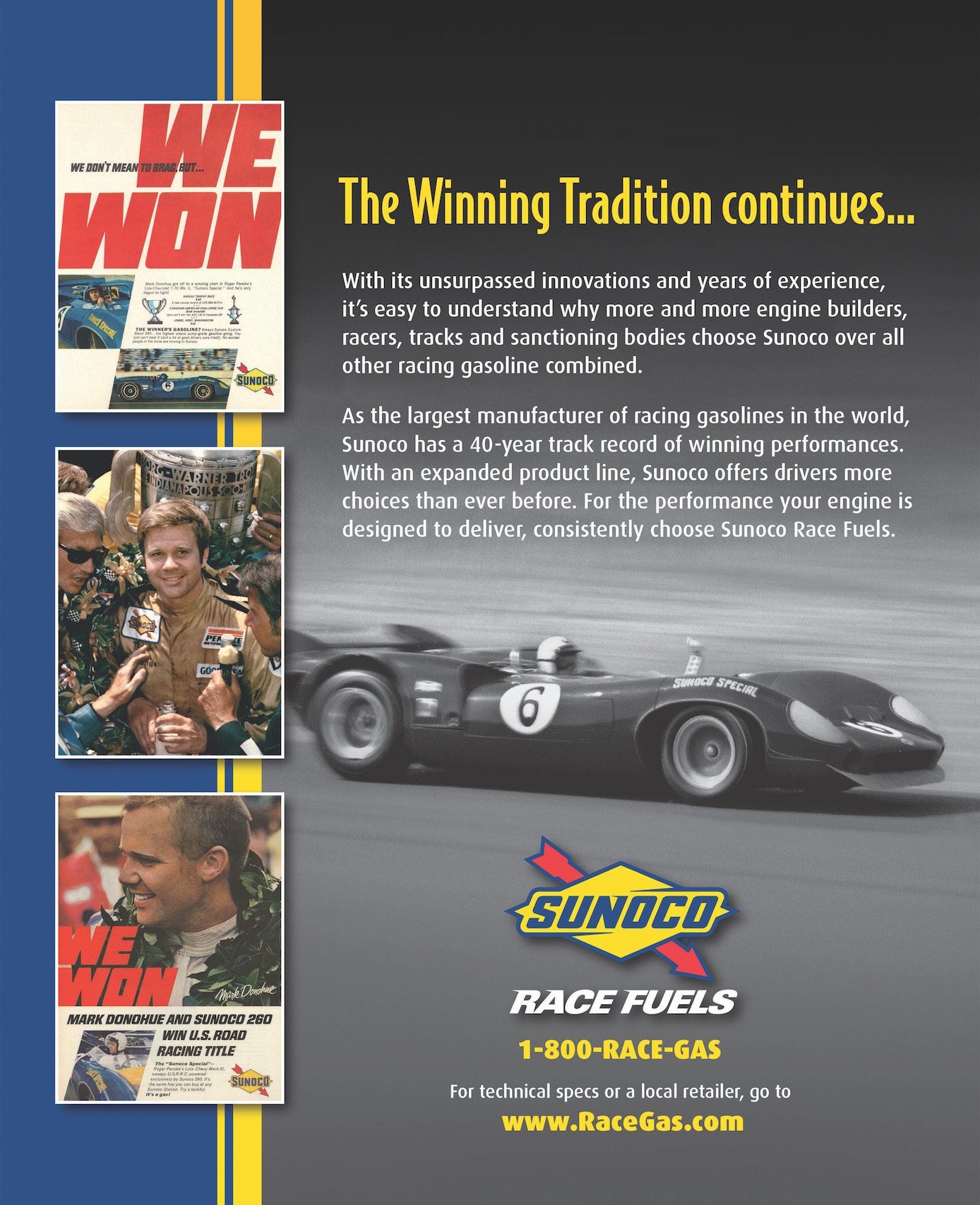